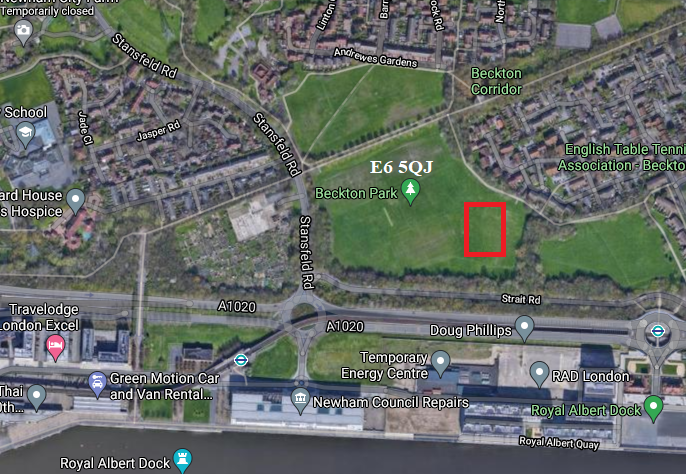 Work in front of goal 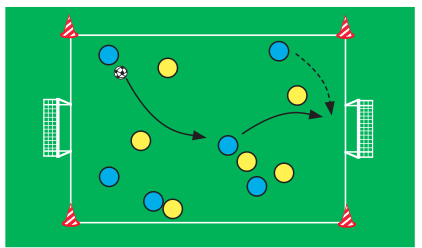 Two teams are formed. The ball is struck on the volley and caught

with the hands. Each player acts as a goalkeeper.

b) Control of the ball 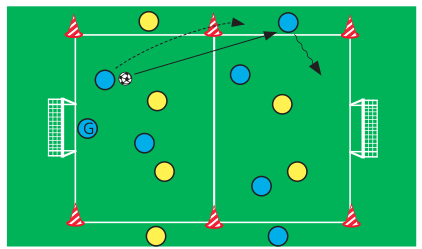 A 5 v 5 match is set up (yellows against blues), each team has wingers positioned on each of the attacking wings. The objective is for the players to use the wingers as much as possible. When a winger receives the
ball, he/she enters the pitch at that position, preferably at a point favou- rable to the attacking team. The player passing the ball to the winger then becomes the next winger. If the winger receives the ball from the goalkeeper, no change takes place; the winger passes the ball back to a team-mate and stays on the wing.

Exercise
Running with the ball and shooting at goal 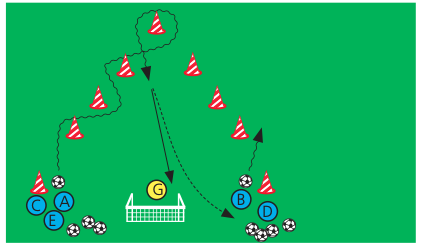 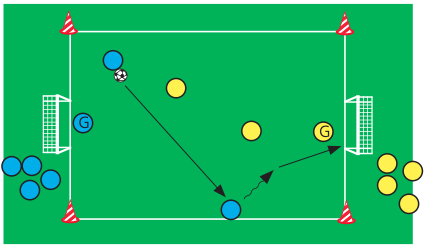 Two teams of three face each other on a pitch of appropriate dimen- sions (with goalkeeper and substitutes). Free play. Regular substitutions. Game played at a high pace.
Objectives: quick moves, initiative in attack, spirit of attack/defence and involvement of goalkeepers in the play.

King of the penalties 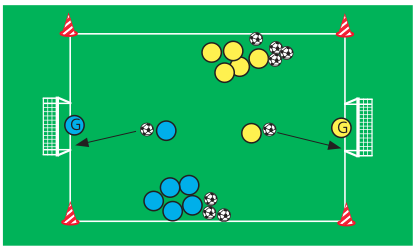 Two groups are formed. An elimination series of penalties is organised: if a player scores, he/she goes through to the next round. The two winners are “Kings of the penalties”.

using the inside of the left and right feet.

– Awareness of team-mates and goal (vision).

– The ball is always kept under control.

I BUILT MY SITE FOR FREE USING